From Liszt's 24 Etudes to Shostakovich's 24 Preludes and Fugues,

from the complete Years of Pilgrimage to the piano works of Čiurlionis,

MŪZA meets every challenge with elegance and energy.

Mūza was born in Lithuania and lives now between Paris, Vilnius, and Geneva.

After her studies at the Tchaikovsky Conservatory in Moscow she won the famous All Union Competition in St. Petersburg designed to elect the best musicians in the USSR, and then the Grand Prize at the Budapest Liszt-Bartók International Piano Competition. Mūza joined the Lithuanian resistance, for which she was deprived of her passport until 1989. Upon her arrival in Paris, she won the First Prize for piano in the international competition Les Grands Maîtres Français of the Association Triptyque.

Her international career has led her to perform in recitals and concertos on major stages and festivals in France and on the five continents, where she crossed with great conductors and renowned orchestras.

The composer K. Penderecki has regularly invited her to perform his piano concerto Resurrection, a poignant work in tribute to the victims of September 11.

Mūza is frequently asked to be a member of juries for the most prestigious competitions and provides international teaching.

In Lithuania she has received prestigious awards including the Legion of Honor for the promotion of her country in the world or the Grand Commander's Cross of the Order of Vytautas the Great for services to the state.

The Hungarian Ministry of Culture awarded her the Pro Cultura Hungarica Prize, and she is the president of the Lithuanian Liszt Society LISZTuania.

In 2009 Mūza founded the Vilnius International Piano Festival, of which she is the artistic director. For this achievement, the City of Vilnius honored her with its highest award: the St. Christopher's Awardfor the best cultural event. The next edition will be held in November 2023. 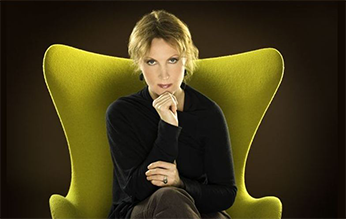 Currently, Mūza is paying tribute, both on stage and record, to her compatriot pianist and composer Leopold Godowsky, born near to Vilnius, on the 150th anniversary of his birth; In the 20th century many “Litvaks” (Lithuanian Jews) went into exile, like Godowsky, who died in New York in 1938.

Mūza’s repertoire spans more than forty programs in recital, concerto with orchestra or chamber music, and her discography, which includes more than thirty-five titles, is steadily growing: Liszt's Années de Pèlerinage and Concert Etudes (Lyrinx), Shostakovich's 24 Preludes and Fugues (Brilliant Classics), concertos for piano and orchestra by Beethoven, Liszt, Shostakovich, Prokofiev, Schnittke, Saint-Saëns, Bartok, Liszt, Schubert/Liszt, Brahms for the Great Lithuanian live recordings series (Doron), Beethoven's Concerto No. 4 chamber version, works for solo piano by Louis Vierne (2015) then with string quartet and voice (2016, Brilliant Classics). Since 2017 she has recorded for the Ligia label Julius Reubke’s Sonatas for piano and organ with Olivier Vernet, then, with the Mettis Quartet, a tribute to Shostakovich and Weinberg entitled “Dramatic Russian Legacy”.

This disc, which also includes Preludes by Karol Szymanowsky, has received numerous distinctions including: Télérama ffff, Diapason d'Or, Classica 5 *****. It is followed by this second volume for which the pianist invites the Russian violinist Dmitri Makhtin to join her in a duo.

A “Liszt interpret” at heart, she has just won the 41st Grand Prix of the Liszt Society of Budapest for her record “De la valse à l'abîme Schubert / Liszt” (Lyrinx).

Download short or full version of biography in PDF